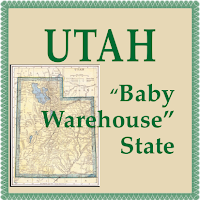 The major portion of this blog was created in 2005, as the Baby Tamia story unfolded. Typically, soon after this child was returned to her family and the press covered her welcoming festivities, the atrocities committed in the Baby Tamia case were set aside and largely forgotten by the media.

There was one exception, however. Illinois subsequently passed legislation that would prevent out-of-state adoption predator agencies from operating in their state without being licensed. If only all other states would follow Illinois' lead!

This blog became dormant since then, and as time passed, links to news and other sources became useless. I considered taking the blog down altogether. However, I decided there was timeless material here that needed to be exposed, so it was worth salvaging – and perhaps even expanding.

With that in mind, I set about finding alternate sources for the broken links and then rewrote, expanded, reformatted, and added new material to the site. I even chose a new site design template. One great source for renewing linkages was Pound Pup Legacy, a phenomenal source for up-to-date news on all aspects of adoption and foster care. Niels and Kerry are truly generals in the adoption reform army! There a few links that still don't work, but with a little online exploration you might be able to find the original sources.

Much has happened since this blog was published. But Utah still 'enjoys' its rotten reputation of wheedling infants from their families of origin. As I write this, a loving father, Colby Nielson, is fighting the horrendous Utah adoption monster to get back the daughter that was literally removed from his arms. You can see the news story about it here and learn even more about it here.
Posted by The Adoption Digger at 9:17 AM

Other Adoption Reform Blogs and Websites

There is much more to learn about the abuses that abound in adoption. I invite you to explore and become informed.
At the end of this blog you will find a reference to the National Council For Adoption (NCFA), a trade organization for private adoption agencies nationwide. NCFA not only gives passive approval to Utah agency predation, but has honored the state and LDS Family Services as "national models for protecting the 'best interests of children.'
You can learn about NCFA's member agencies on this blog: Adoption Secrecy: The Month the Gloves Came Off